LoRa, the Internet of Things 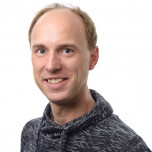 We are constantly surrounded by things; as far as I am concerned, there is no need for them to be online all the time – although I wouldn’t have minded if my fridge had let me know there was still some old bread in the freezer compartment. Come to think of it, quite a few things in life might be better if they were online: just take a walk through the city and you’ll see full waste containers, half submerged boats, parking spaces, bicycles, lantern posts. The air quality in some places also seems a bit suspect, and could certainly do with the odd measurement. I also keep running into more amusing and useful ‘Internet-of-things’ applications developed by LoRa users, such as beehive monitoring systems.

I initially assumed we already had a pretty good standard for fixed networks: IP. This standard is also used for a great deal of machine-to-machine (m2m) communications via 2G or 3G (PIN machines, candy machines, etc.). In fact, vending machines were one of the first use cases for m2m connections, helping suppliers eliminate unnecessary visits to refill machines that were still full. As I read up on more recent Internet of Things (IoT) technologies, I was surprised to learn that the network architecture is different.

Every network has its own unique characteristics: ‘things’ can be located or hidden away pretty much anywhere, and it helps if they are battery-powered and can keep working for a very long time. In that light, the Internet protocols we use every day might not be as logical or efficient as you would initially expect.

Bluetooth and Zigbee might be known as low-power networks, but they are also low-range. Linking them up into a larger network will require a mesh structure: a series of interlinked devices that communicate with one another in a data ‘relay race’.

We are all familiar with standards like Wi-Fi, 3G and 4G. As a result, we are aware that Wi-Fi signals are often too weak to even reach the attic, and that it can take quite a bit of effort to get your Wi-Fi to work properly. A network’s reach depends on various factors, such as the amount of energy, encoding technologies and the frequency used to send and receive data. Networks with good signal strength are located in the frequency ranges below 1 GHz. (The walkie-talkies at a typical toy store with ranges of ‘several kilometres’ are a good case in point: these devices all use 433 MHz. However, the ‘signal to noise ratio’ isn’t always good enough to allow for audible conversation: computers have a smarter approach to this problem)

The class of low-power and long-range networks is referred to as LPWAN: low power wide area networks. Like Wi-Fi and Ethernet, they have star network topology, which helps to reduce power consumption. Data can be directly fed into the network from a central point, eliminating the need for power sipping devices transmitting through a mesh. Although various other LPWAN technologies are also in use, LoRa has been the focus of especially intensive attention of late.

In Europe, the LoRa frequency has been set at 868 MHz. (Although 433 MHz is also officially in use, its permitted transmit power threshold is lower and it has a smaller frequency band. I already mentioned walkie-talkies as a direct competitor: this frequency band is extremely polluted. I used to love walkie-talkies as a child, I will not hear a bad word against them.) These frequency bands may be unlicensed, but they are regulated: although transmissions are capped, each frequency band may be used to transmit 1% of the time. Devices must be designed to take this duty cycle into account.

LoRa stands for Long-Range, and mainly revolves around radio technology: it uses a smart spread spectrum data transmission method based around chirps (a term inspired by chirping birds) whereby signals can be detected even if they are extremely weak. An effective base station can easily achieve coverage of several kilometres (built-up areas present more of a challenge), and may even have a reach of several dozen kilometres out in the countryside. In another equally powerful feature, LoRa offers 6 different speeds (the spreading factor, or SF) in as many as 8 (sub) frequencies (with a bandwidth of 125 kHz), enabling devices to decipher overlapping signals.

This is made possible by the LoRaWAN specification, developed by the LoRa Alliance. (LoRa is a trademark of Semtech, who manufacture the chips.) This specification establishes standards for the manner in which devices access the network and exchange data, the amount of data that can be transferred or received, the addresses used, encryption methods, etc. LoRaWAN is comparable to the IP protocol, while LoRa could be compared to Ethernet in its capacity as a physical layer.

LoRaWAN is also based around the use of nodes (also referred to as motes), gateways that – similarly to Wi-Fi access points – pick up signals from the air and convert them, and a network server (an entire distributed infrastructure, in some cases) that effectively serves as data bridge to the application. The data transmitted by a node can be simultaneously picked up by multiple gateways, while encryption keys ensure that the network will accept the message and the application can process the decrypted data. In another special feature, LoRaWAN also allows for data to be transmitted to sensors.

Amongst other smart features, LoRaWAN allows for varying speeds: the spreading factor (SF). Devices with a low spreading factor communicate more rapidly and use less airtime, but have a smaller reach. Despite slowing down transmission speeds, a higher spread factor will ensure that your message is received clearly over a greater distance. The LoRaWAN specifications also incorporate ADR: adaptive data-rate, whereby the network can advise your device to use a lower spreading factor if the signal is strong enough: this saves air-time, and enables you to send more data in less time in order to conserve energy. With less airtime per node, the network can accommodate a greater number of active nodes. (Wi-Fi technology also allows for speed adjustments)

Amongst other useful features, LoRa also offers localisation capability: the signal is picked up by multiple antennae, allowing for its position to be determined. This feature is extremely useful for asset management purposes, although it will require some infrastructural adjustments.

LoRaWAN classes on the basis of power consumption

There are several LoRaWAN classes: A, B and C. Class A is intended for sensors that use minimal power and transmit or receive data at scheduled times: the radio is inactive most of the time, and will not consume any power until you actually send something. Users can send several dozen bytes (this also depends on the SF). Once the radio has been inactive for one second, it will start listening in order to detect any other incoming data (transmitted on the same frequency used to send the data). If no data has been received after 2 seconds, the device will listen again on a general frequency. This class is ideal for sensors used to signal whether a parking space is being used, a waste container is full, the coffee machine is broken, etc. However, messages transmitted to a sensor will not arrive immediately.

Classes B and C both use more energy, although B has not yet been fully implemented. B involves the use of beacons and time intervals, and requires synchronisation with the gateways (the LoRaWAN ‘access points’) and sensors (or motes, in LoRa slang). Class C is continually listening for data, and therefore has low latency. Continual listening is no problem if you happen to be a lamppost and have plenty of power. (Whether or not this would actually be useful is another matter…)

The Things Network: try it yourself

The technology is freely available, enabling users to try it out for themselves and become familiar with the possibilities. You can also contribute to a network: The Things Network is a community-based initiative aimed at interlinking LoRaWAN gateways in order to create a large global network. The underlying concept is somewhat similar to eduroam. The aim is to minimise the number of central components, while offering users the broadest possible range of options.

Gateways can transmit data to multiple network servers, allowing for the creation of private networks (on campus or between individual SURFnet institutions) and exchange of data with The Things Network.

LoRaWAN networks can also be offered commercially: KPN is set to roll out a network in the Netherlands and has promised the same degree of availability and coverage we have come to expect from 2G. In the future, they will also be offering localisation as an additional feature. Numerous providers abroad are also working to develop the technology: the potential for combinations may be its greatest strength.

Using a new technology is the best way to familiarise yourself with its features and possibilities: simply playing around with the devices, the network components…. SURFnet has already built up a considerable amount of knowledge, and SURFnet has internally organised a hands-on workshop. We are currently assessing monitoring sensors for eduroam, and are in the process of launching a trial in this area.

Although there are lots of wonderful potential applications within the SURF target group, the actual users will inevitably come up with the best use-cases (which are sure to be a bit more sophisticated and useful than a movement detector in a birdhouse). The technology has a range of education and research applications. We will be scheduling a presentation and a workshop on the subject for SURFnet-affiliated institutions in the short term in order to discuss the technical details of LoRaWAN. The workshop will offer participants an opportunity to get to grips with the hardware.

Keep track of this blog and the latest SURF news for the announcement!