When the IDP receives this message and decides to grant Google’s request, it will authenticate Alice by asking her to enter her credentials (unless she already did – for example when having logged in at another service earlier – in which case single sign-on is triggered by simply skipping authentication). After successful authentication, Alice’s browser is sent back to Google at the so called AssertionConsumerService URL (step 6). As before, a SAML protocol message is piggybacking  along – this time carrying a SAML authentication response message. When we decode this message, this is in essence what it looks like:

Here, we simplified the message some more, as SAML response messages can be quite verbose. In essence, this message says “this is a message from idp.uni.nl. I have successfully authenticated a user called ‘alice’. This message will expire in a couple of minutes”. One essential piece of information that was deleted from the message above for brevity is an XML digital signature, that is used as proof that the message was indeed sent by idp.uni.nl, and that the message was not tampered with along the way. The digital signature was made using a public key algorithm and the public key needed to verify the signature is embedded in a certificate that is known to Google.

If you have a question or suggestions for my other post, please let me know: mail at joost.vandijk@surf.nl. 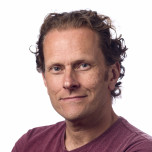