Open education as a research context 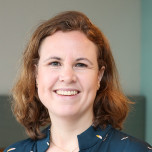 n comparison to educational research in general, research on open and distance education is rather new. A lot of this research in the early days was mainly descriptive and much of it often criticized for lacking a theoretical background, being unsystematic and poorly designed. However, over the years, this research field has developed and improved substantially.

Scientific journals are important channels to distribute the results and findings of this kind of research in the field. They act as a form of communication system which reveals the structure of a scientific knowledge network. The structure of a research discipline forms the foundation for identifying gaps and priority areas. As stated by West (2011):

There is practical value to understanding who we are right now, and who we have been in the very recent past. To understand this, it can be helpful to review some of the journals in our field to see what conversations are being held, research being conducted, tools being developed, and theories being accepted. (p. 60)

In this blog I therefore would like to highlight a recent publication done by Zawacki-Richter, Alturki and Aldraiweesh (2017). In their study they did a review of distance education literature published between 2000-2015, to describe the status and to identify gaps and priority areas in open and distance education research.  Here is (in a nutshell) what they found:

The major themes, that you can see in figure 1, emerging between 2000 and 2005 are education, students, online, development, research and analysis. The time period between 2000 and 2004 is therefore also called "the emergence of the virtual university".

In the following period from 2006 until 2010, traditional distance education is shifting towards online learning. As shown in figure 2, the major topics covered in publications in this time period are: students, education, university, open, support and social. Online and learning are central concepts in the thematic region of students.

The following time period (2011-2015), the themes students and education remain important followed by teaching, courses, system, MOOCs and OER. The concept of students, online, courses, and MOOCs are directly connected in the concept map. Many of these investigated papers also mention the development of MOOCs for different target groups.

The issue of costs and economics of open learning moves up in the ranking slightly in terms of frequency covered in the publications. Some authors even raise the question of costs for the development and delivery MOOCs and financial sustainability of open textbooks. Supporters of OER state that significant cost savings are feasible when open textbooks replace traditional textbooks in the classroom. Yet, there are contradicting findings as open textbooks sometimes cost more than traditional textbooks. Accordingly, open education does not mean that education is free, as someone has to pay the bill for the sustainable development and delivery of courses and course materials.

Want to read the full article discussed in this blog? Please look for: