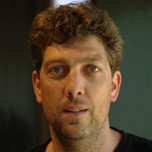 First, apologies for the ugly and confusing title. I couldn't come up with a worthy literal English translation for the Dutch "geestverruimende middelen" that had the same pun to it for the topic below, in these times of being pretty much locked up at home. So I used the next best thing.

This post isn't about drugs. It could have been, as I live and work in Amsterdam and apparently getting weed online is a thing now that the coffee shops are closed. Instead, this blog is about virtual reality (VR) and more specifically the IEEE Conference on Virtual Reality and 3D User Interfaces (IEEE VR) that was held last week. It was one of the many conferences that was forced to move online due to the corona crisis. One of the side-effects of the current corona situation was that the full online conference could now be attended for free, while it normally costs hundreds of dollars to attend and get access to the proceedings. It was to be hosted in the US this year so attending it online from home was also much more convenient.

The topic of this conference might seem a bit lightweight and hobby-like, but the research presented is very much grounded in science, with many papers using rigid evidence-based methodologies (hypotheses, experiments with subjects, statistical analysis ... the works). And as this was a conference on virtual (and augmented) reality the organizers took the opportunity to host it partly within a virtual world. This turned out be an interesting experiment.

The conference program was kept intact, so there was a schedule with several tracks in different rooms, just like a normal conference (in the original Atlanta time zone). To provide VR experiences virtual 3D rooms were hosted on Mozilla Hubs. This is an open-source online platform, similar to a shared online 3D game, like Minecraft, but with a more serious goal. Using a VR headset with hand-held controllers will immerse you in the 3D virtual rooms and the Oculus Quest we have at SURFsara worked pretty well for this. Although it looks a bit silly to sit at your desk wearing the thing:

By the way, "classical" online platforms that anyone could join without a VR headset were used as well: Twitch for live-streaming presentations, Sli.do for audience participation, Zoom for video discussions, Slack for preparing and organizing sessions and getting technical support, etc.

A Mozilla Hubs room can be accessed either through a regular web browser running on a laptop or PC, or using a VR headset. A room is essentially a 3D model, which in most cases was pretty simplistic compared to the awesome worlds shown in 3D games these days. This was also due to technical limitations, as all participants in a room needed to be synchronized, in the same way that everybody's audio and video is synchronized in a video conference. So the largest rooms could hold 25 people, but there were several rooms for each presentation. And as virtual real estate is much cheaper than a physical event location the organizers had been creative in the room setups. There was a room that showed all active presentations in the schedule at once on screens spread throughout the room, allowing you to be close to the presentation you wanted to actively follow, while still keeping an eye on what happened in the other presentations. There were many technical demonstrations hosted in separate rooms, each tailored to the specific demonstration. For some reason poster sessions used rooms with only 4 posters each, meaning there were dozens of poster rooms. There were several social rooms, including sponsored ones, each with their own design. And the organizing committee had also created their own room to hang out in (which was opened to all at the end of the conference), showing many statistics on the walls on the number of Twitch viewers, what nationality participants had, etc.

Here's some pictures and a movie to give a better impression: 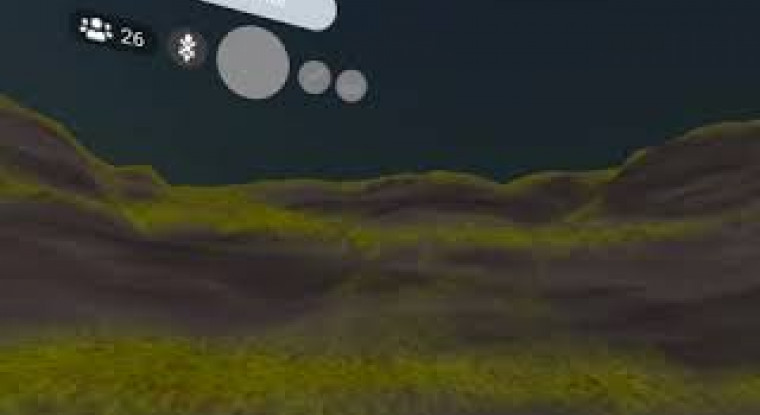 Attending a virtual room is in principle as simple as clicking a button in a web browser, choosing your avatar (i.e. your 3D representation) and setting a name. The name will conveniently hover above your avatar for other's to see. But some technical glitches were unfortunately encountered by quite a few people, including me (something to do with not getting the audio and video streams past firewalls and such). This caused some rooms to be inaccessible, plus lots of the audio conversations were not fully working. Mozilla had actually been working feverishly on the Hubs code in the weeks before the conference, to scale it up to many more participants. But this fit the topic of the conference and pushed the state-of-the-art.

Some of the more interesting aspects that virtual conference rooms provide:

Not only were presentations streamed in the virtual rooms, some presenters went a step further in giving a presentation on their VR research within the VR world itself. So they literally used their animated 3D avatar as the representation of themselves giving the talk: 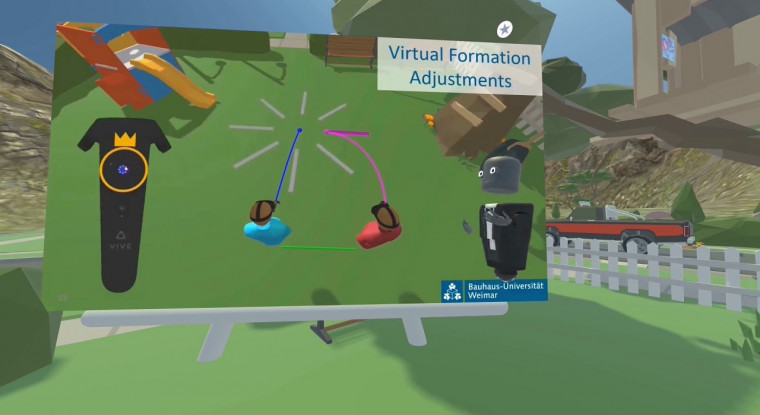 Obviously, there's quite a few limitations as well when using VR to attend an online conference. The image resolution of headsets is still a bit low, sometimes making text hard to read. Taking notes is difficult when you're wearing a VR headset. The technical issues noted above kept me from fully engaging in audio conversations with the other participants. And although I definitely felt I was in a different place while attending in VR and no longer behind my desk, the surroundings were a bit weird and other-worldly (which is not surprising given the crude 3D models used).

But all in all, this was a really fun thing to try out, attend and foremost to experience. The technology needs to improve quite a bit, plus more folks will need to have access to VR headsets before this could become more common-place. The maximum number of simultaneous participants in VR was around 40-50, compared to a maximum of 600-700 Twitch viewers. But still, maybe this was a glimpse of something that will grow over time as it becomes easier to use and more powerful. It certainly beats attending a presentation in a video conference.

Finally, a selection of interesting papers to give some insight into what's happening in the field of VR and AR research, and/or topics related to the environment in which SURF operates: